Roto-Caps, off-axis rotary adjustment of input encoders.
With everything satisfying about physical hardware interfaces, each type of encoder brings limitations, both in ergonomics and value transmission.

This prototype concept extends existing Midi interfaces for a more responsive and intuitive input. Readily available MIDI controllers, such as the AKAI APC40, DJTechTools Midi Fighter Twister, have a potent set of infinite or endless rotary encoders, meaning that they can rotate more than 360 degree and continue sending incremental step information.

Why work on this?
Normal caps are designed to be twisted by the thumb and index finger a limited range, about a maximum of 100 degrees. A maximum of two encoders can be rotated at once by a single user. Utilizing Midi devices for input into CAD programs, game engines or generative art sketches quickly exposes another limitation, 128 steps of resolution is too low. Slow changes are difficult to control. Index finger and thumb allows for only two encoders to be handled at once by a single user.

What I wanted:
Smaller increments, smoother indexing and wider ranges of input than allowed by Midi. Importantly velocity sensitivity to allow for normal range traversing and fine control in the same cap encoder. This allows a very low rate of change 1/10,000 is possible at low RPM. Spin faster, get a higher rate of change in output "voltage". Overall range sensitivity is adjustable.

How did RotoCaps develop?
Try to spin the normal fat caps off-axis with a fingertip, workable, but far from ideal. Various turning surfaces were experimented with, starting out with Lego tires, moving up to CNC machined acrylic inserts, and on to over a dozen iterations of 3D printed caps. The evaluation at each stage, fingertip feel, consistent rotation, and visibility of the LED indicator rings for visual feedback. Caps with 5 round tapered holes work well. Caps with bearings work best, low friction, fingertip centering, as many fingertips as you can coordinate can be in play on an encoder. 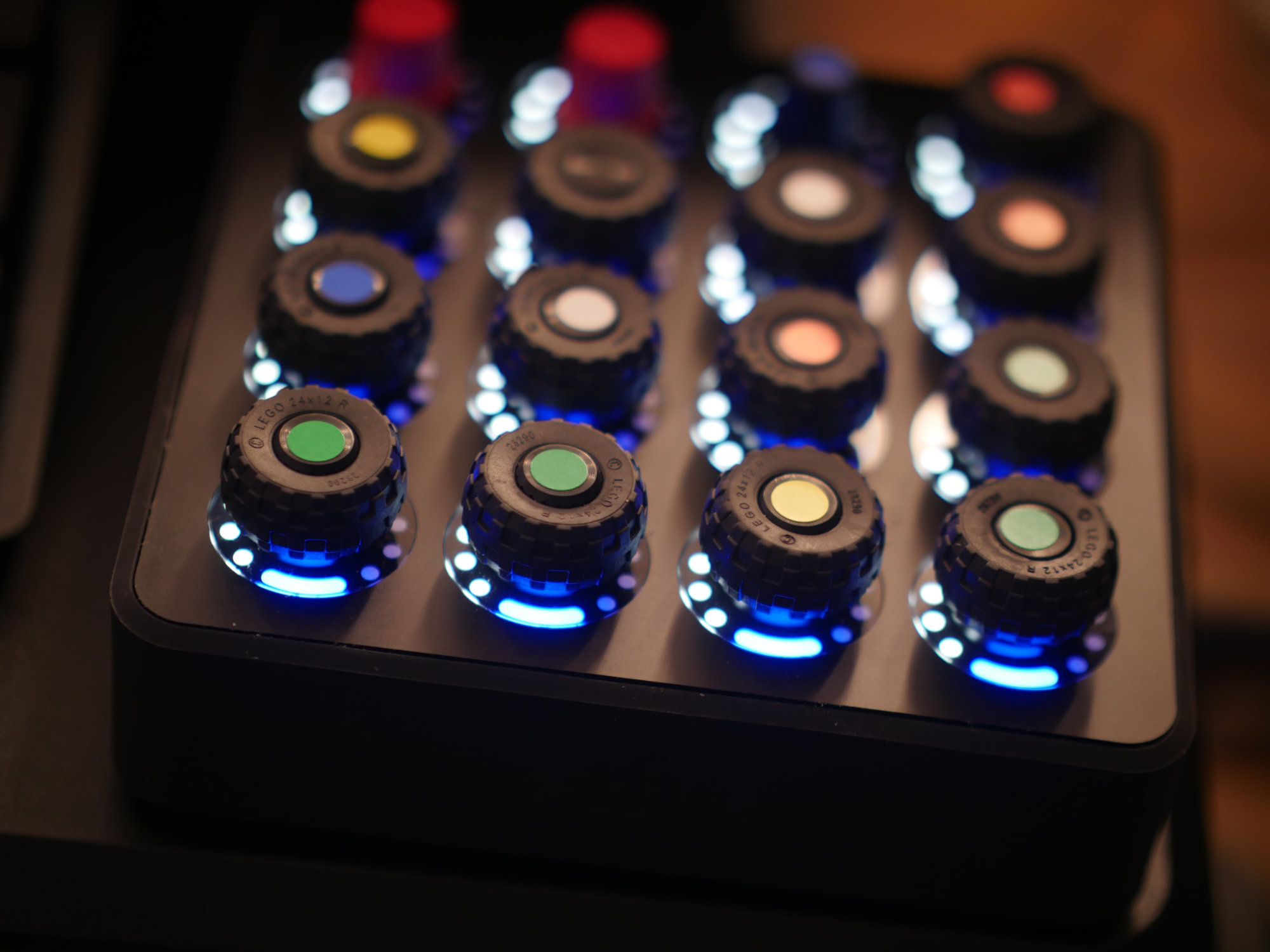 First proof of concept was with ready made LEGO tires pushed onto the normal caps, worked well, too much friction for continuous smooth spins over a long range. 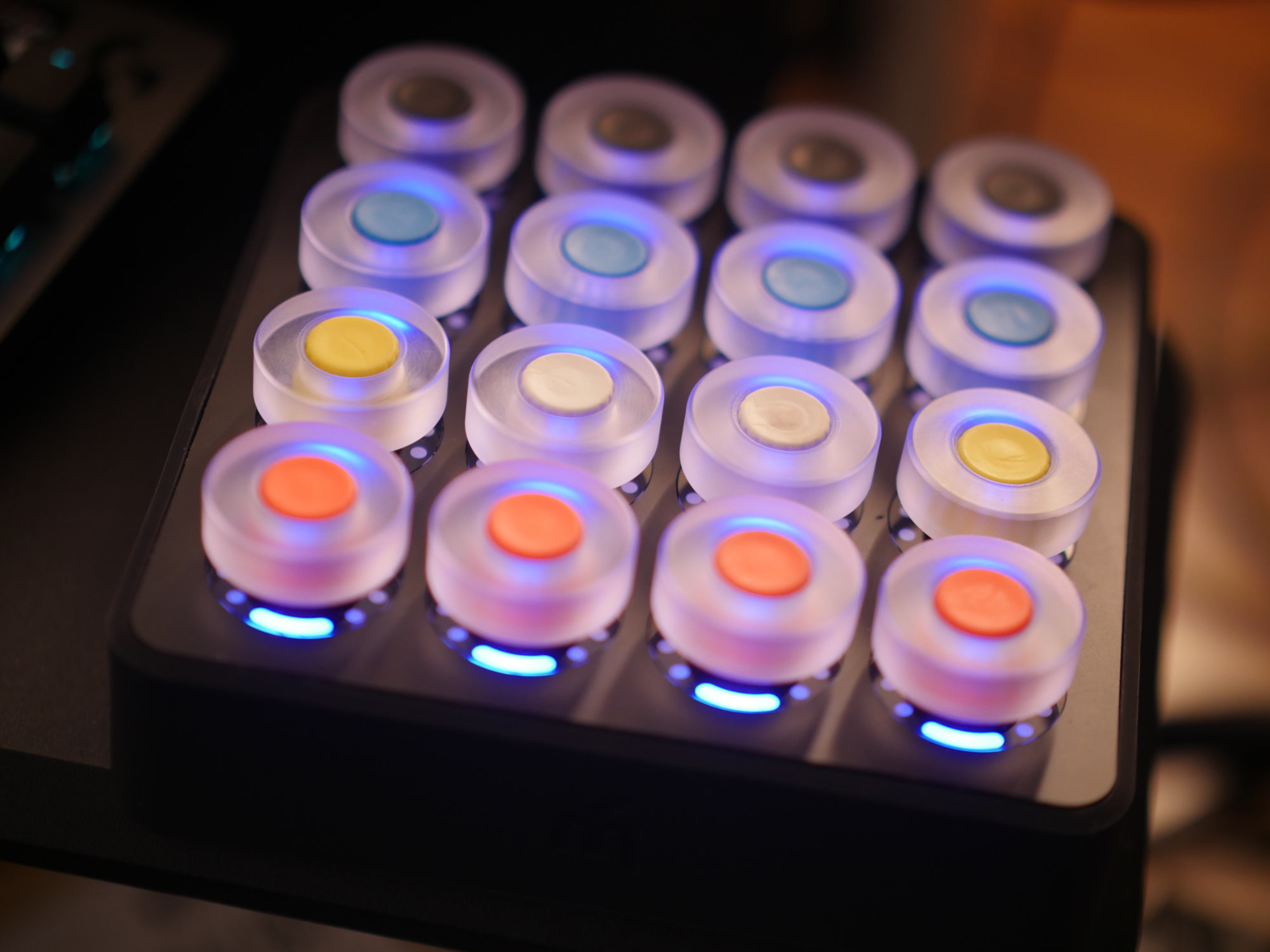 CNC machined acrylic cap overlays, used these for a long time, the fingertip indexing is not automatic, you have to pay attention, and the light dispersion effect is great. Was quite expensive to make. 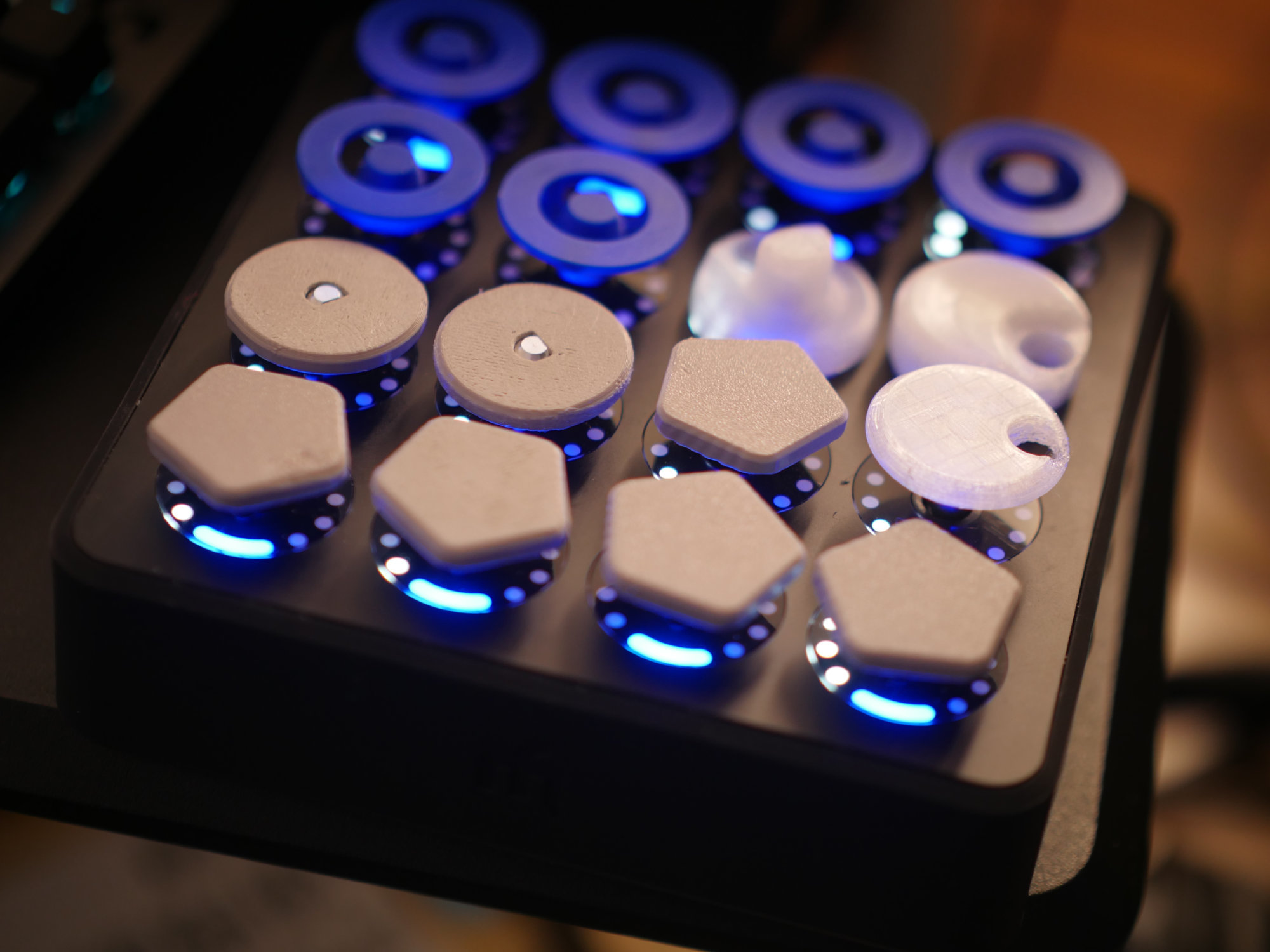 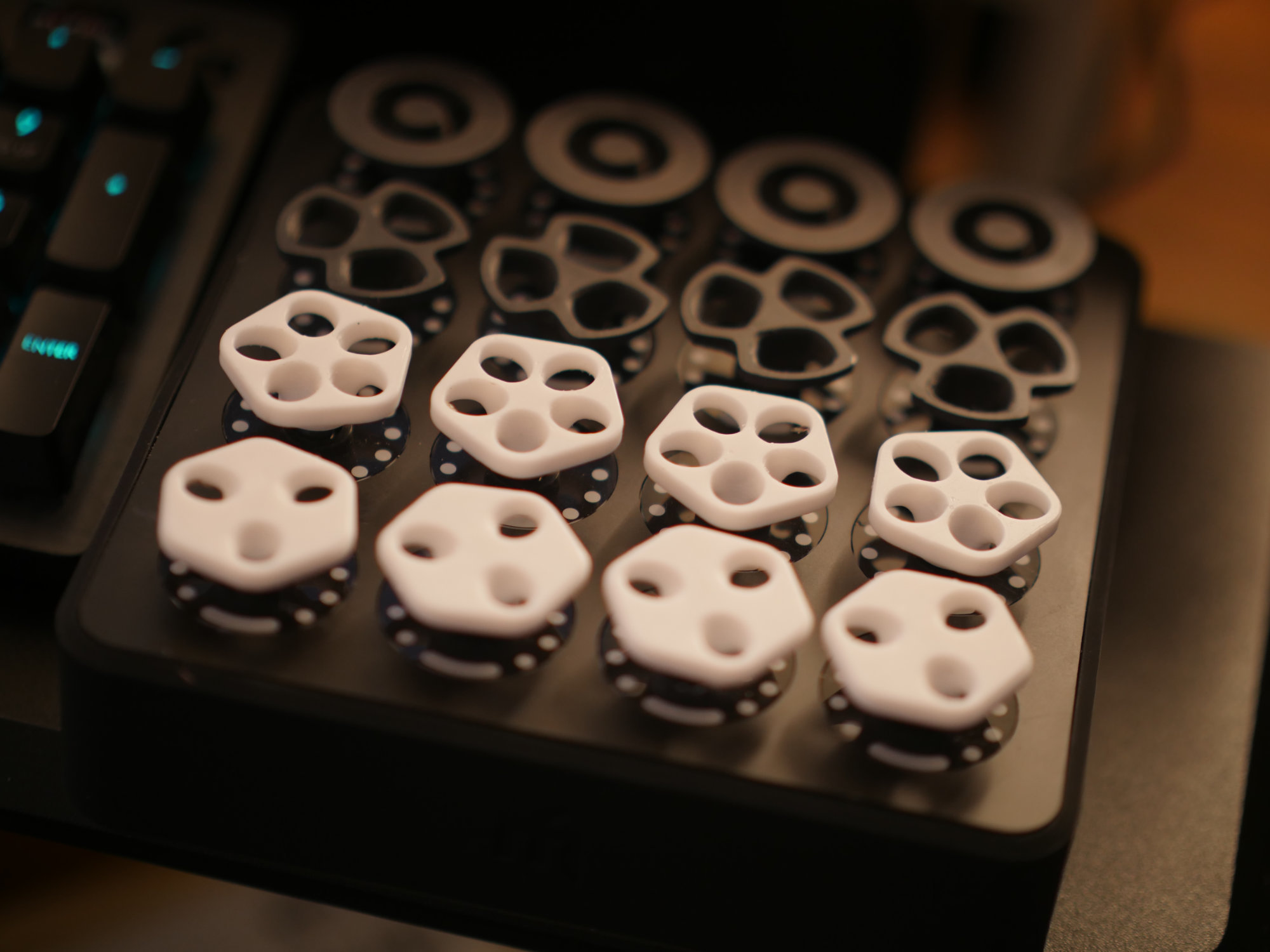 First series that allowed for centering multiple fingertips and maintaining positions during rotations. 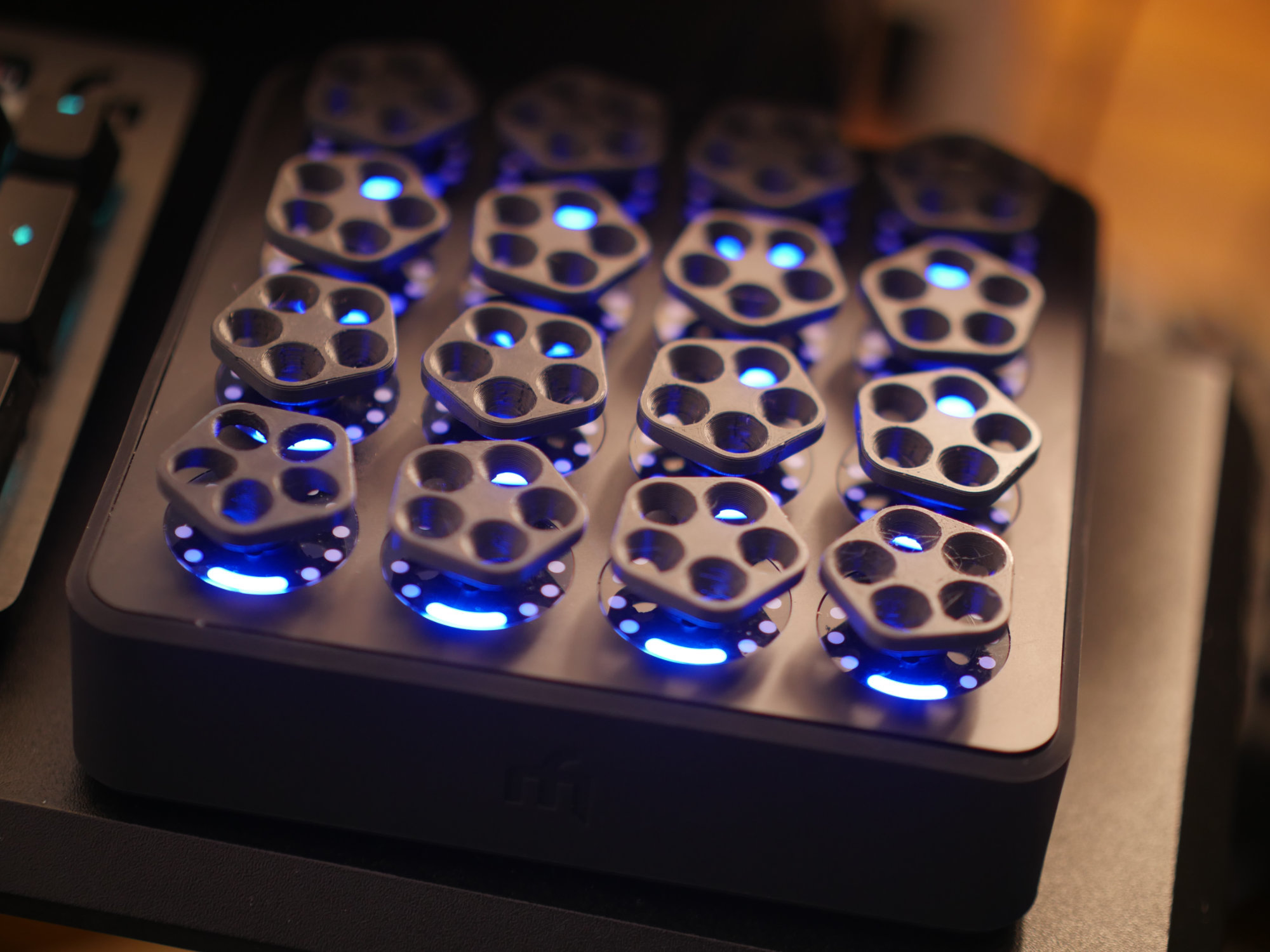 Last in the one-piece series, works well for a simple design, Indicator transparency, indexing, even friction throughout the spin.

At the same time the code is being developed in Processing and tuned in conjunction with the physical caps. This step information can be indexed according to the rate and magnitude and converted to OSC stream information and sent to a single or various destinations on a network.

Considering making this a product, everything is 3D printed during the development stage. However I have done plastic injection design work for 25 years and have a small workshop and company that could handle production. 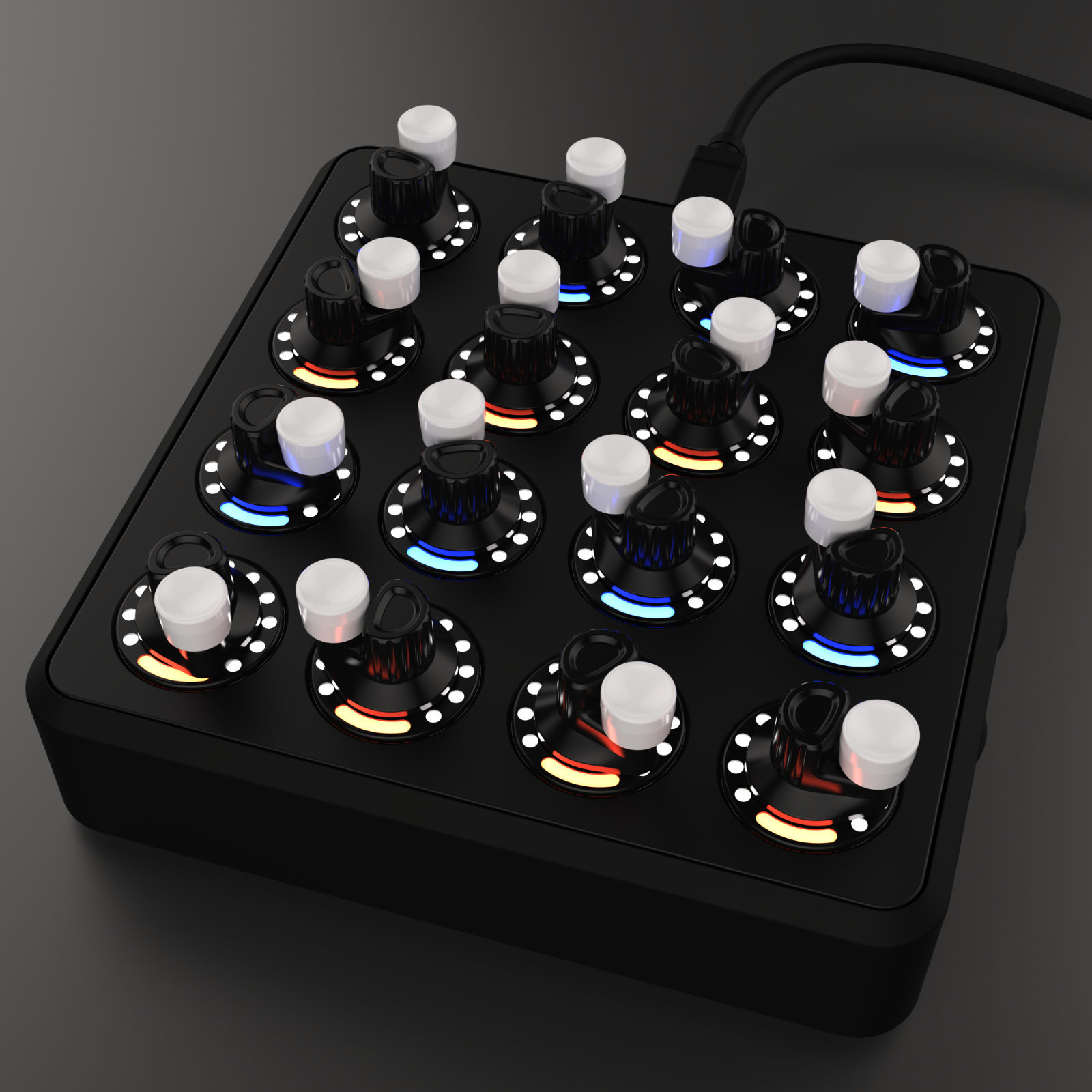 Interested in any and all feedback on the concept. Thanks for reading!