Why a book on Live Visuals

I had been working with Live Visuals as far back as 1994, using a Silicon Graphics Onyx and Softimage for a virtual environment project Objects of Ritual with Will Bauer at the Banff Centre. At the time I was very interested in how images and sound could be used together and what material properties they share that could be used to provide links between the mediums. 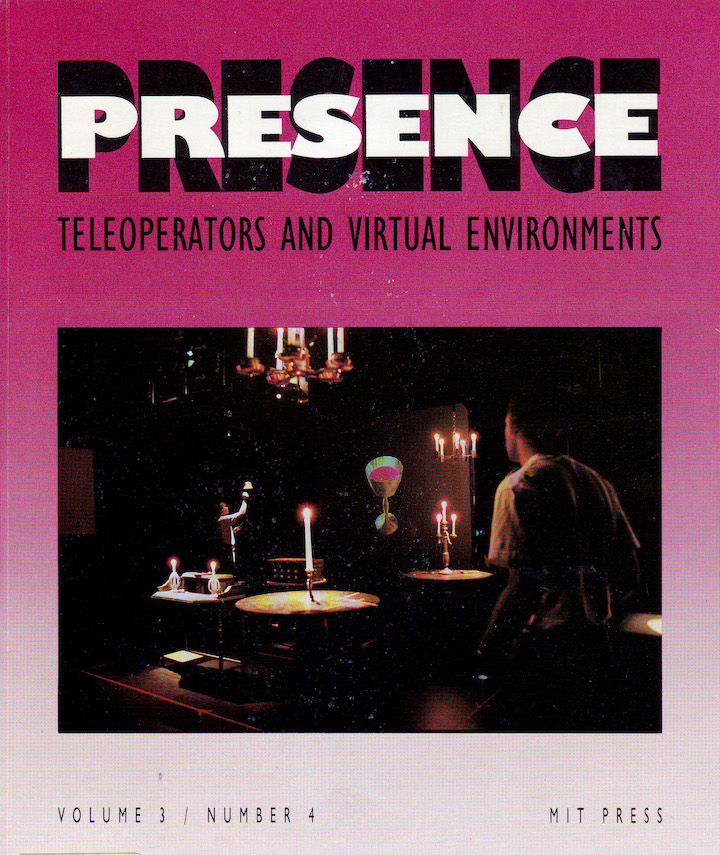 This continued with work using Macromedia Director as a live visuals tool (one of the only options in the late 90s). We worked on very small videos played live on stage using a MIDI guitar (crazy I know), with music played live using a number of keyboards.

In the succeeding years I tried various live visuals software (Resolume, Modul8, TouchDesigner) alongside audio sets with Ableton live. This culminated in a series of performances with Stefan Arisona and others over many years.

This was simultaneous to my increasing academic interest in live and real-time visuals as a subject area. In 2013-14 I received an ARCH grant on Real-time Visuals and we held a series of workshops on Real-time Visuals which brought together live visualists, VJs, live cinema artists, DJs, etc. This eventually resulted in a collected edition of Leonardo Electron Almanac (LEA) on the topic.

At this time I realised that there wasn't really a good single source for talking about the wide array of Live Visuals production, so I began to work on a proposal for the Live Visuals book. As I say in the Introduction of the book, the desire to create a book like this was to help people find out about the History, Theory and Practice of live visuals in one location, with the clarification that this was a general overview of live visuals, not a detailed analysis of each subset of real-time visual practice:

There is no one single source for the history of Live Visuals, and at present researchers and practitioners have to consult a patchwork of written and online sources (i.e. from film and art history and theory, music theory, electronic music, performance studies, etc.). We tend to assume Live Visuals are a thing of the present as they are now omnipresent in clubs, popular and electronic music concerts, public venues, parks and on buildings… It should be stated at the outset though: this book is not a detailed history of the individual movements (such as visual music, expanded cinema or VJing) addressed within its borders. There are excellent books that cover those histories in great detail, such as Kerry Brougher, Jeremy Strick, Ari Wiseman and Judith Zilczer’s Visual Music: Synaesthesia in Art and Music Since 1900; Adriano Abbado’s Visual Music Masters; Gene Youngblood’s Expanded Cinema; and D-FUSE’s VJ: Audio-Visual Art + VJ Culture; amongst many others. While understandably not totally comprehensive, Live Visuals: History, Theory, Practice presents a broad and diverse overview of the key figures, technologies and artistic developments in the long history of images becoming alive.

The result is what we have today, which we believe is the most thorough academic source for a discussion of live visual culture and audio-visual practice.

How we wrote Live Visuals

The Live Visuals book was developed over many years and involved a huge team of editors, co-authors, and artists. The book was finally accepted by Routledge as a proposal in 2019 and we began to write the various chapters in 2020. The interviews had been conducted a few years before and I converted these from video files into text using an AI transcription system.

The book had to go through many iterations of editing, including many passes by me to ensure everything made sense together (as much as is possible anyway). Also because live visuals are... well... very visual we argued for a LOT of images, and managed to get up to 138 of them in there (you can imagine the work needed to get that done!). This represents a huge array of live visuals production from light organs to Len Lye and Normal McLaren's hand-drawn audio-visual films, to liquid light shows, to live cinema to scratch video to VJing and to immersive virtual environments. 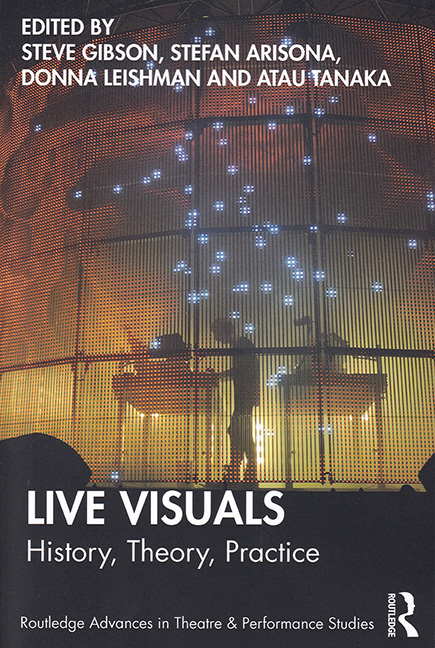 I'll leave you with a quote from the book that I hope will pique your interest.

The role of Live Visuals is not merely that of entertainment but also of deep social participation which, based upon an immersive physical experience, emphasises a sense of cultural belonging, common identity, technological wonder and sensory immersion. The earlier history of audio-visual culture, at least in Western society, has commonly been centred around what is commonly referred to as ‘art’ or ‘high’ culture (i.e. fine arts, classical’ music), as well as scientific and quasi-scientific notions that informed the development of an immersive and interactive approach to the image (see Chapter 1 for a detailed discussion of this). As the 20th century dawned and unfolded, various forms and movements as diverse as the visual music film, Fluxus and pop art broke down the barriers between art culture and popular culture, so much so that today the boundary between the two now is uncertain and fluid. Live audio-visual culture has undoubtedly played a continuing role in this uninhibited mingling, and this is documented extensively in this volume. 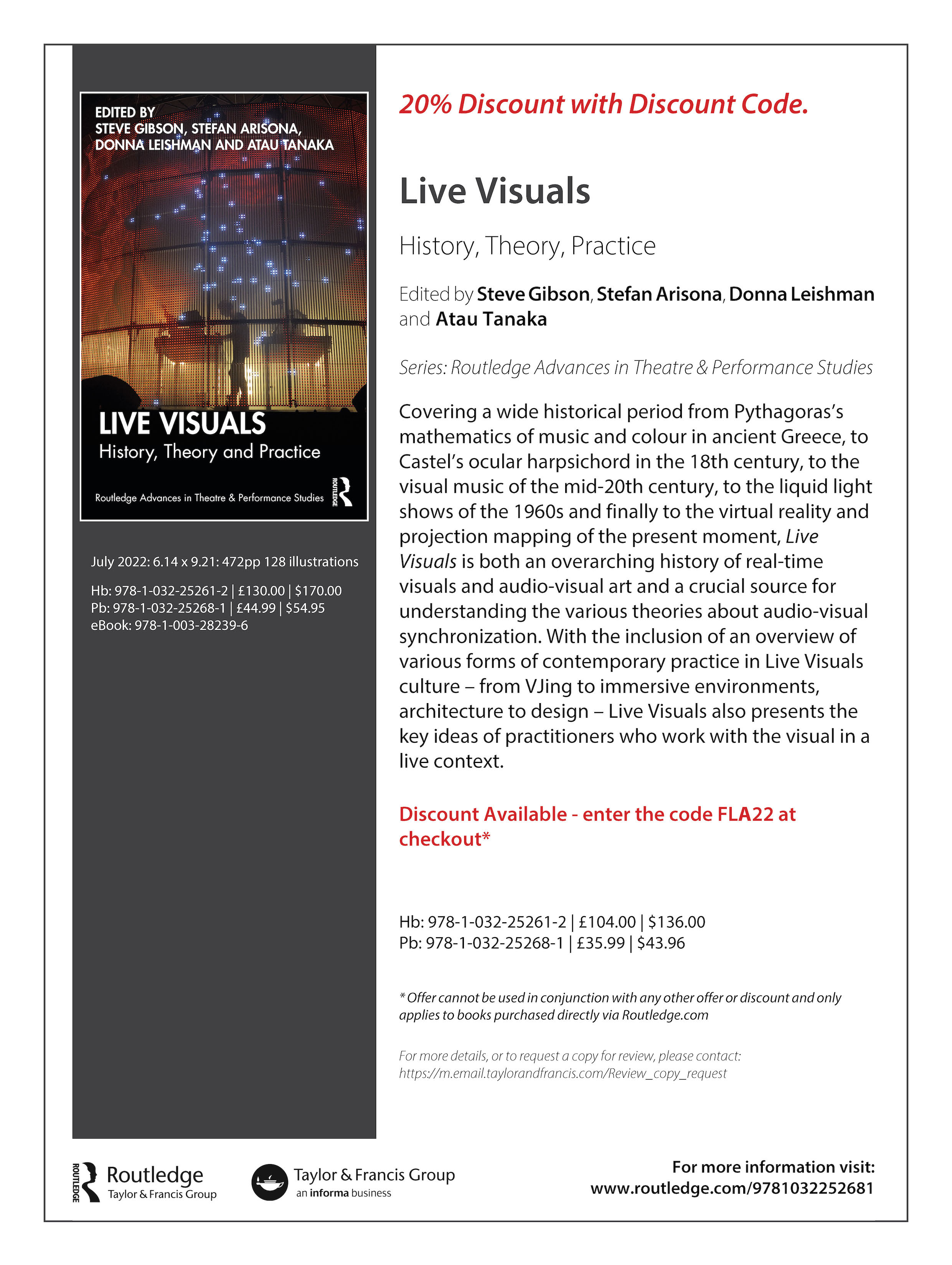 Building A Virtual Machine inside ChatGPT 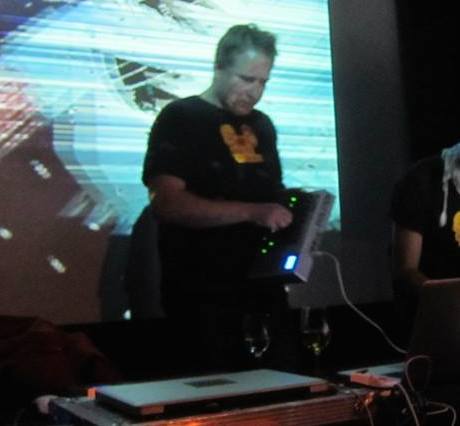