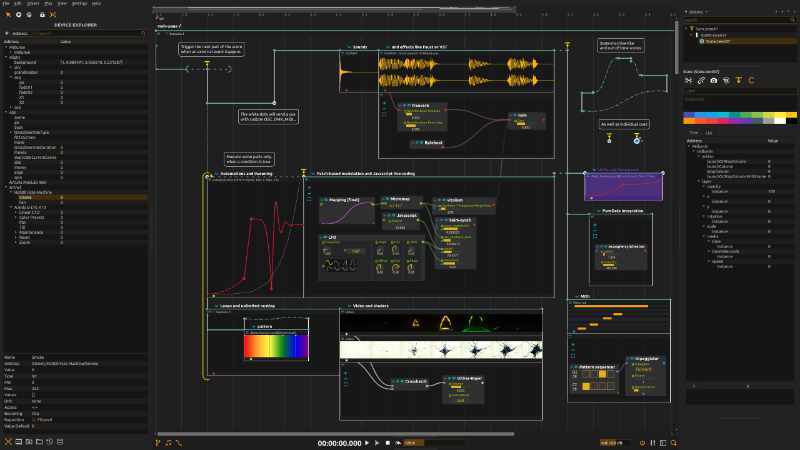 Philosophy
Chataigne is a free, open-source software made with one goal in mind : create a common tool for artists, technicians and developers who wish to use technology and synchronize software for shows, interactive installations or prototyping.
It aims to be as simple as possible for basic interactions, but can be easily extended to create complex interactions.
Chataigne is under the GPL3 license, you can find the sources on github.

Okay, but what does it do exactly ?

While Chataigne won't do much by itself, its purpose is to be the central hub in a project involving multiple interfaces, software, devices and sensors. You can see it as a Conductor, which will control all the software with the big picture in mind. Chataigne has been designed to fit both linear shows and realtime/interactive project needs.

What is ossia score ? 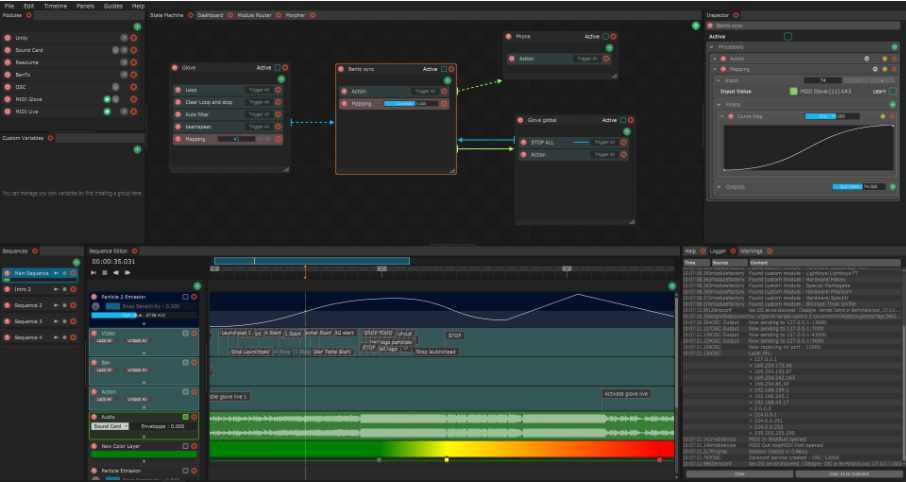 An intermedia sequencer
Sequence various kinds of media in an intelligent timeline:

A sequencer built for interactive shows: 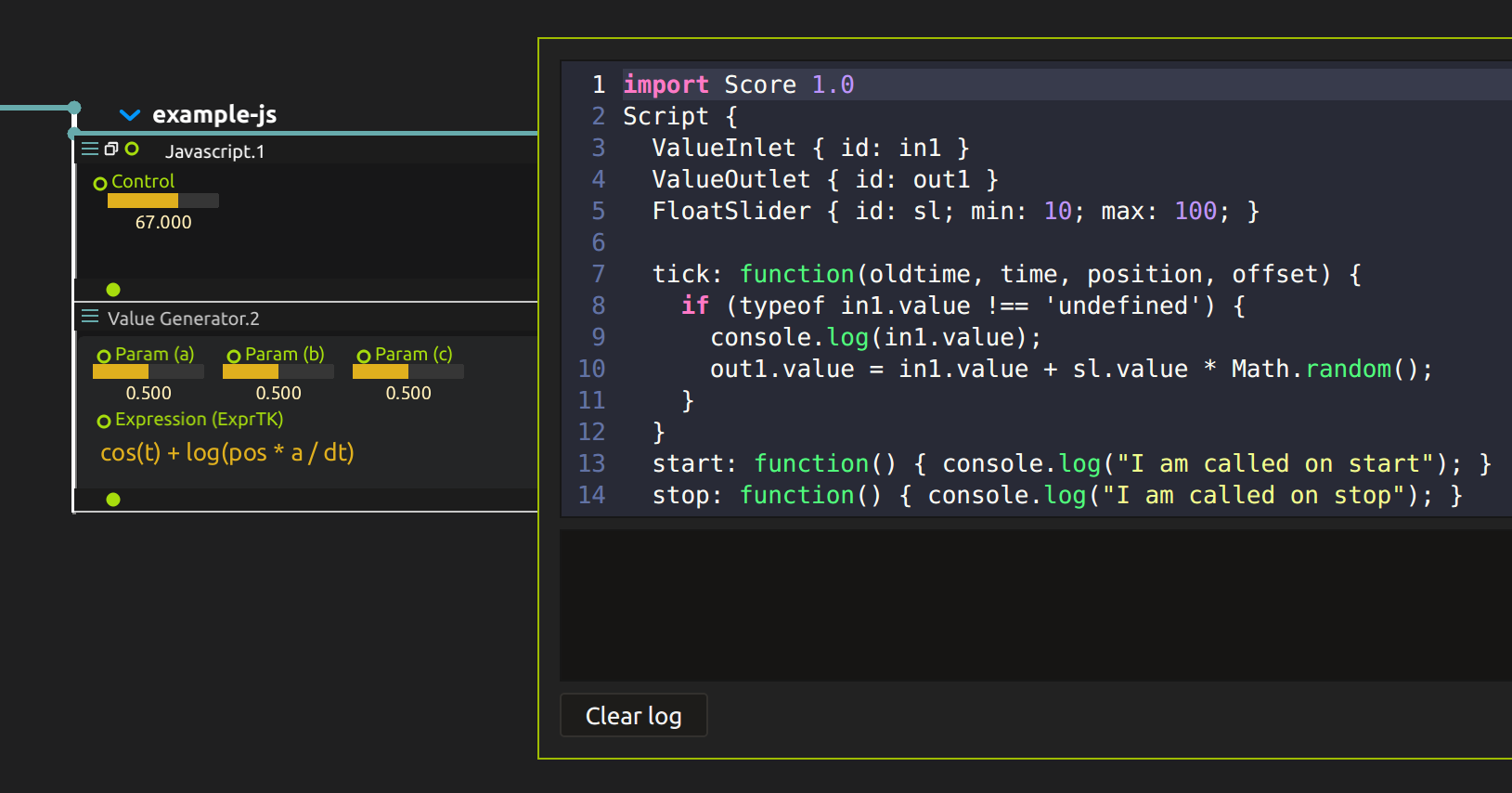 Connect processes in a modular way directly from its timeline:

TWO is what’s best described as a Media Control Workstation. 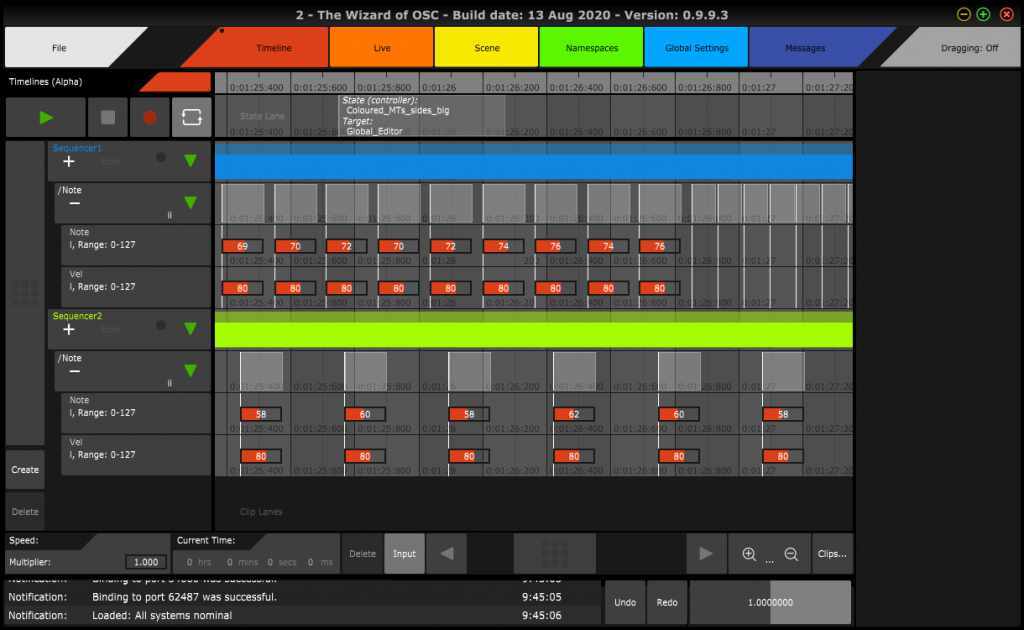 It enables the interactive combination of digital media control signals (currently OSC & MIDI) from several simultaneous sources – be it live signals, recorded and key-framed sequences, or your own live changes using on-screen controls.

You may already be using sequencer applications to record, play back, and interpolate. Control apps to build GUI’s for sending signals. Or data-flow / patching programs to map signals from sources to destinations.

TWO does the above, and uniquely, it integrates all into one coherent whole, so the tools can interrelate instead of each standing alone, oblivious of the existence of the other.

Crucially, TWO is a user-friendly GUI Application, not a programming environment.