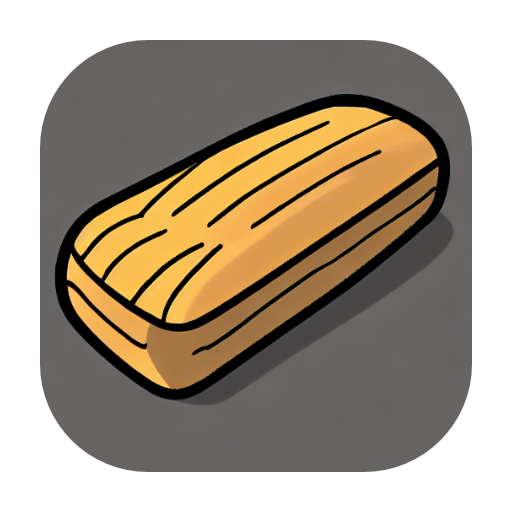 loaf is an interpreter for openFrameworks which allows you to write OF applications in the Lua scripting language. This means you can quickly create using openFrameworks but without having to compile C++ or use a heavy IDE like Xcode or Visual Studio. A built-in OSC (Open Sound Control) server enables loaf to communicate natively with other creative coding and music applications over a network connection. Additionally, a built-in Syphon server allows for streaming loaf's screen output to visual applications on the same macoS system.

Is loaf a replacement for building a native C++ application?

No. If you need to be able to include openFrameworks addons, stay with C++ for now. 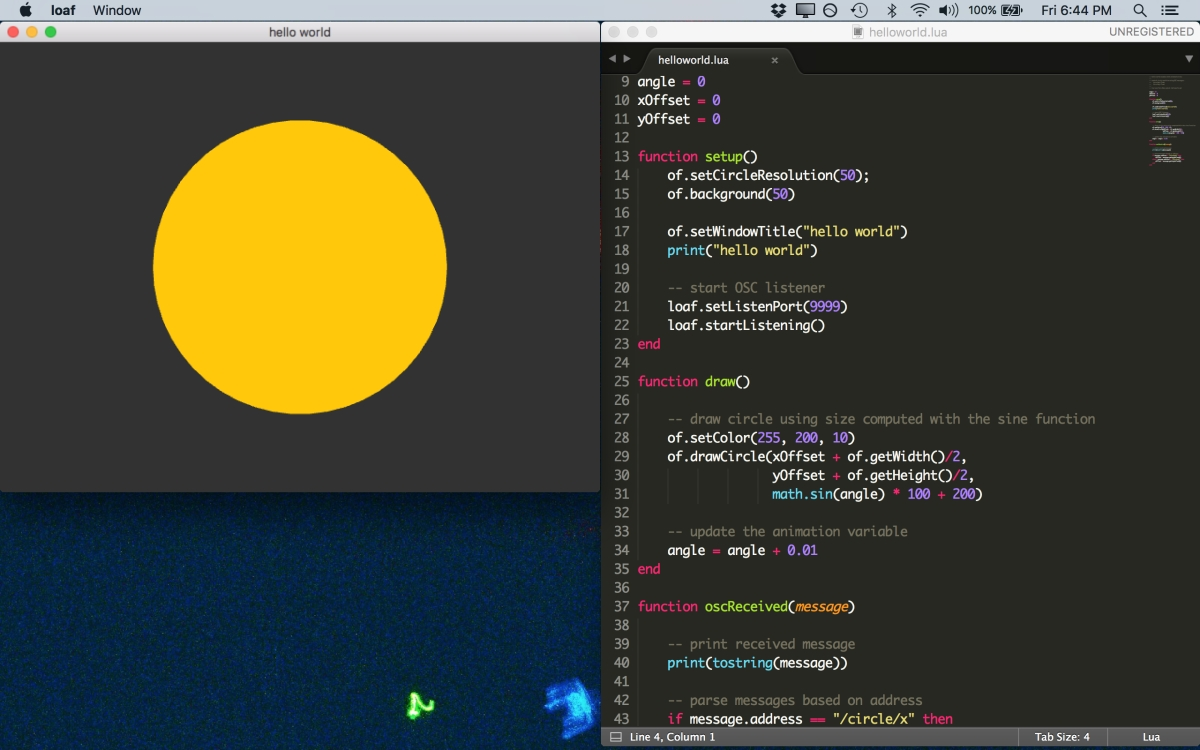 *So what is it for?
*
loaf is intended as a simple sandbox for sketching using the openFrameworks core API with a live-coding feel: make changes and see the result quickly. No compiling, no low level errors, just the basics. Think of loaf kind of like Processing without the run button.

How Do I Get Started?
Download a release build from docs.danomatika.com/releases/loaf (currently macOS only) or build loaf after cloning from Github.

*See the Quick Start guide to get going: *https://github.com/danomatika/loaf#quick-start

Note: A more comprehensive User Guide will be added in the future.

Background
loaf is the result of the author's need for a visual coding tool for performance that can run almost anywhere and communicate with tools such as Pure Data or Max MSP. Using Lua allows for loaf to react to script changes so the process of creation matches that of a dataflow environment like Pd. The native inclusion of OSC allows for coupling of loaf and other creative applications for experimentation.

loaf's design is influenced by the LÖVE Lua game engine and the Fluxus live-coding environment. It is essentially the 3rd (or 4th) iteration of a similar tool for the author's robotcowboy wearable performance project: rc-visual, originally a C++ application using SDL which read XML scene descriptions and blitted to the console framebuffer. loaf is now used as the interpreter for rc-visual which is implemented completely in Lua and works with its controller input complement, joyosc.